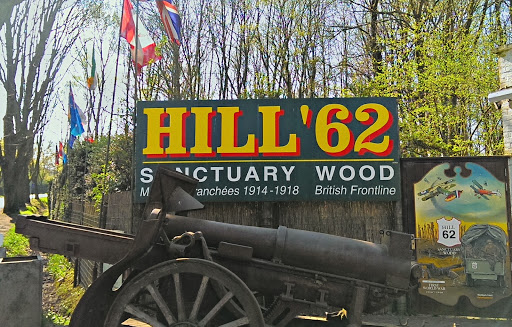 Today we pack up and leave Ypres and head to our last night stop before catching the ferry back to England.

But before we head to Bruges we had a few more places to visit. The first stop was to Hill 62 and Sanctuary Wood. A short drive of some 2-3km to the east of Ypres. Allow plenty of time to look around as there is a lot to see and take in. The museum is owned by the grandson of the farmer who founded and owned the site since before World War 1.

A section of the original wood and the trenches in it were cleared of debris and casualties after the war but the farmer left a section of a British trench system as he found it. This site is now one of the few places on the Ypres Salient battlefields where an original trench layout can be seen in some semblance of what it might have looked like. Elsewhere the trenches were filled in and ploughed over by returning farmers leaving only the occasional chalky outline of what had once been there. Housed on the site in two buildings he has a large collection of weapons, uniforms, shells, photos and posters. Some of which was found on the site.

Our next destination was to Bedford House Cemetery, located approximately 2-3km to the South of Ypres. Bedford House cemetery is one of the Ypres Salient's largest cemeteries. While most of the burials relate to the 1914-18 war there are also graves dating from the Second World War. The cemetery was established in the grounds of the destroyed Rosendal Chateau. The chateau's moats remain in place and the drive leading to the chateau is intact today leading instead to the cemetery. The ruins of the chateau can distinctly be viewed in the cemetery.. There are 5,139 Commonwealth casualties from the First World War buried in the site of Bedford House Cemetery. Of these casualties 2,194 are identified burials. Special memorials commemorate those Servicemen who are believed to be buried here but their marked graves were destroyed and could not be found. There are also two German servicemen buried here.
Also 69 British servicemen of the British Expeditionary Force who fell in the vicinity here in May 1940 during the Second World War are also buried in this cemetery site.

During the First World War the chateau was used by local British Field Ambulances and Dressing Stations. At an early stage burials were effected in the grounds. In January 1917 the chateau was adopted by 55 Brigade as its headquarters until it was severely damaged by German 8-inch shells (with 500 gas shells falling in one day during the Third Battle of Ypres).

From here our next destination was the aire at Bruges (info here). Not cheap but so handy for getting in to the city. Located to the South of Bruges, with one section having good views of the river and marina. Electric included and this time when we went the motorhome services were free.

We headed on into the city through the park. It was still very busy with horse and carriages transporting tourists around the sights and the boats on the canals were packed with more tourists. We had done these last year when we were here. This time we browsed more of what Bruges had to offer in the shops. 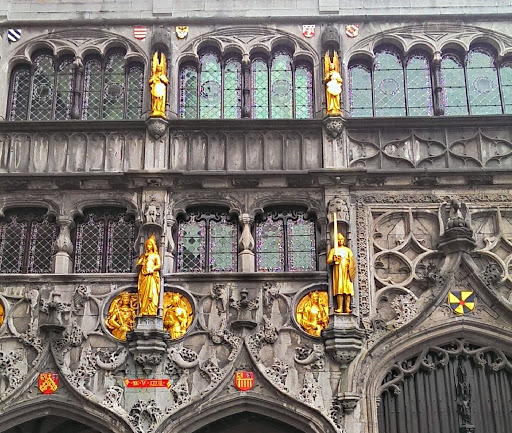 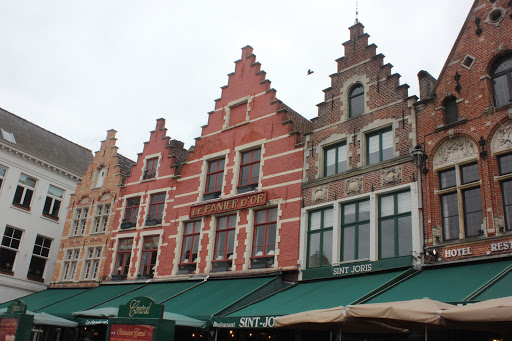 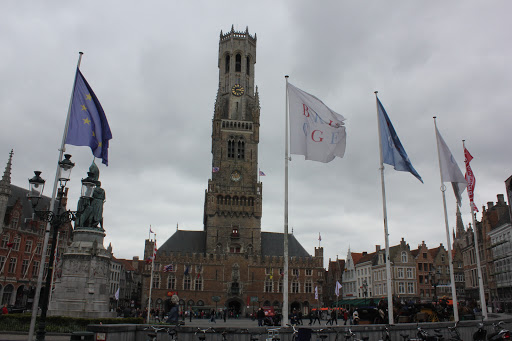 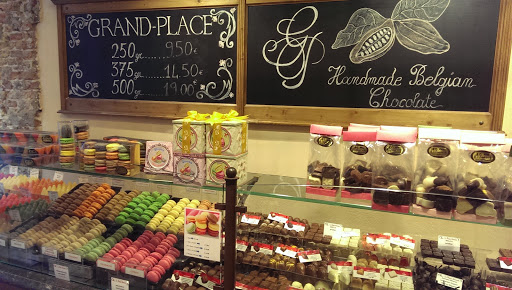 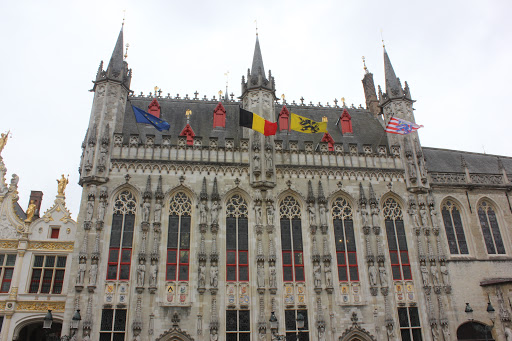 Then on to the main square to find somewhere to eat from the many restaurants that surround the main square. It was cold but we opted to eat outside under a gas heater, so as to watch the world go by. 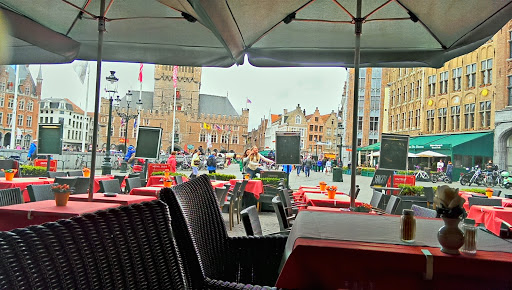