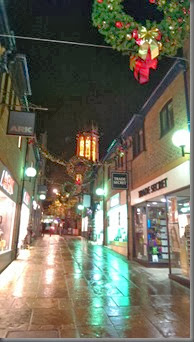 York  is a walled city, situated at the confluence of the Rivers Ouse and Foss in North Yorkshire, England. The city has a rich heritage and has provided the backdrop to major political events throughout much of its two millennia of existence. The city offers a wealth of historic attractions, of which York Minster is the most prominent, and a variety of cultural and sporting activities. Delve into the city's vibrant café culture, take time out to enjoy some of the country's most talented street entertainers or simply watch the world go by while sipping a drink by the river. With hundreds of attractions, museums, historic buildings, tours, shops,restaurants and bars within the compact walled city you’re never far from an awe inspiring moment.

In the 19th century, York became a hub of the railway network and a confectionery manufacturing centre. In recent decades, the economy of York has moved from being dominated by its confectionery and railway-related industries to one that provides services.

York Rowntree Park Caravan Club Site  offers level pitches located on the banks of the Ouse. Attractive hedging and glades provide not only a scenic treat but also ensure your privacy. The caravan park is within easy walking distance of the beautiful and historic city of York and also makes for an excellent base from which to explore the Yorkshire area. York itself has so much to see and do that you'll find the time can slip by all too easily.  That’s probably why trying to get a pitch on this site is so hard due to its popularity.  Again with the caravan club the amenities block is modern, warm and very clean.  It’s raised off the ground because the site suffers with flooding from the nearby river Ouse.

The Rowntree site is ideal for those wishing to visit the lovely Minster with its dazzling stained glass windows or  a walk to the city walls and the Shambles to get a feel of the old city with its medieval timber framed houses. You must call in at the Jorvik Viking Centre and take a time-car, which will transport you back to the city’s distant past. Train enthusiasts of all ages won't want to miss the award-winning Railways Museum. When  we went the Great Gathering of steam locomotives was on display. I believe this has now finished. 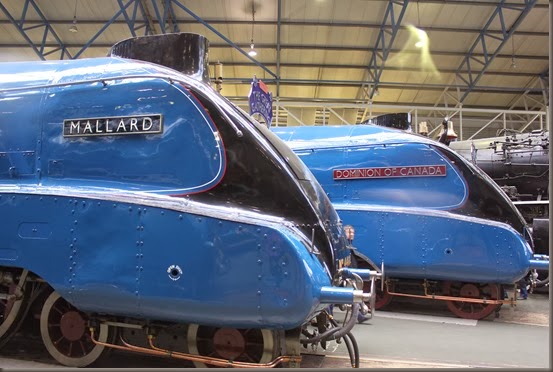 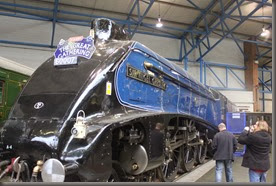 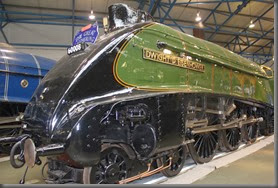 Regular visitors to York Rowntree Park will know that this site is in two parts, separated by a warehouse. In mid February 2014, this building will be demolished in order for The Club to improve and enhance the site and its layout, which is planned to be completed by the beginning of August. Rather than shut such a popular site, they have decided to partially cordon off some areas and close the Riverside section of the site during this period. During the demolition phase (anticipated start is end of February for approx 1 month), there is likely to be a level of disruption due to noise and dust on site.