Planning by General Monty the Motorhome 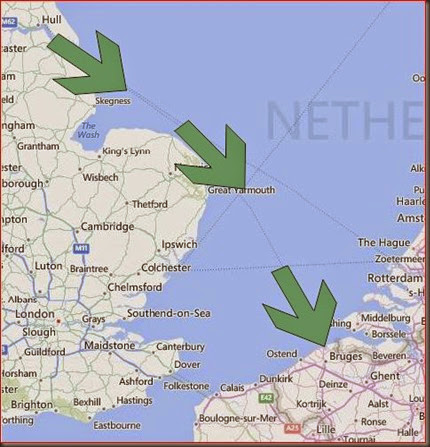 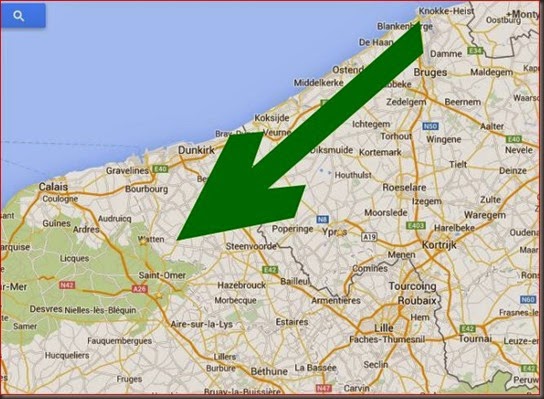 From Zeebrugge  push on towards St Omer to the first of our two objectives. Visiting  WW2 sites of interest. 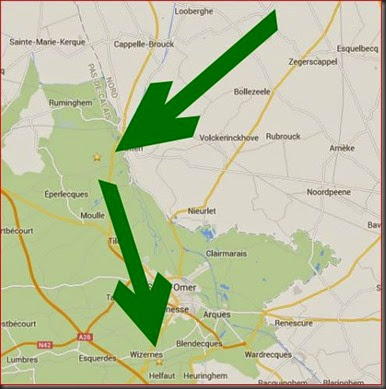 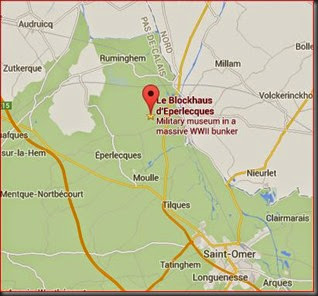 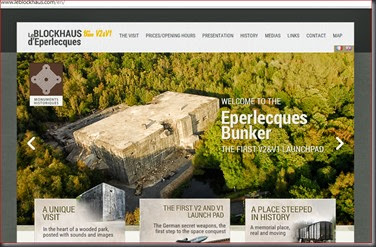 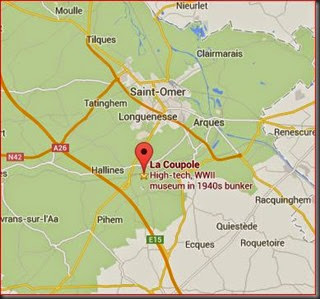 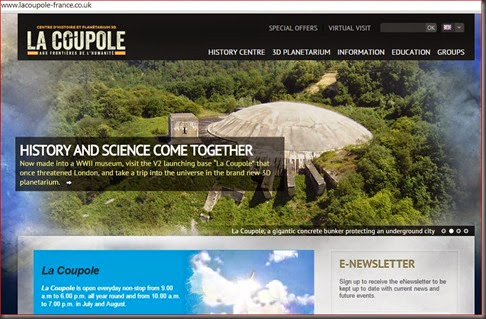 Our next objective is to head on towards Caen.  With an overnight stop en route. 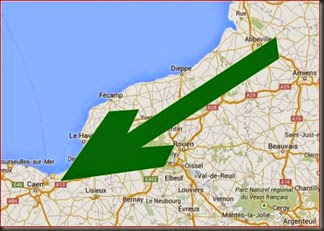 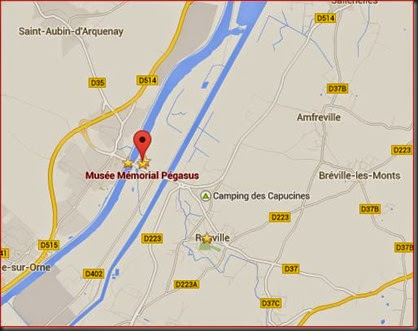 The next objective is to visit the Pegasus bridge and also the first liberated cafe in France, Cafe Gondree

On the night of 5 June 1944, a force of 181 men, led by Major John Howard, took off from RAF Tarrant Rushton in Dorset, southern England in six Horsa gliders to capture Pegasus Bridge, and also "Horsa Bridge", a few hundred yards to the east, over the Orne River. The object of this action was to prevent German armour from crossing the bridges and attacking the eastern flank of the landings at Sword Beach.

The gliders were towed across the Channel by Halifax Bombers. With perfect navigation and piloting skill, the gliders landed on time and on target within few yards of each other. Major Howard’s glider landed within a few feet of the canal bridge. The bridge was captured after a fierce ten minute fire fight, the action all over by 0026, a full six hours before the
beach landings.

So, just 90 minutes after taking off from RAF Tarrant Rushton in England, Major Howard was able to send the code words "Ham and Jam", indicating that both bridges had been captured. In this early action of D-Day, the first house on French soil was liberated, and the first British soldier of the Normandy Invasion was killed in action:
Lieutenant Den Brotheridge. 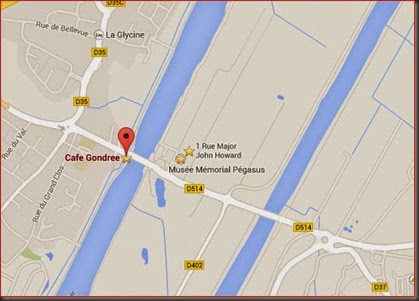 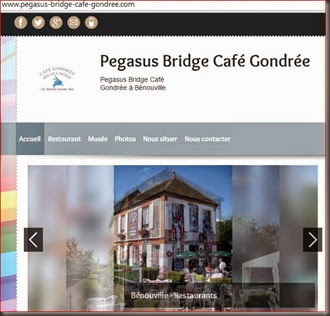 Then on to the D Day beaches and museums. 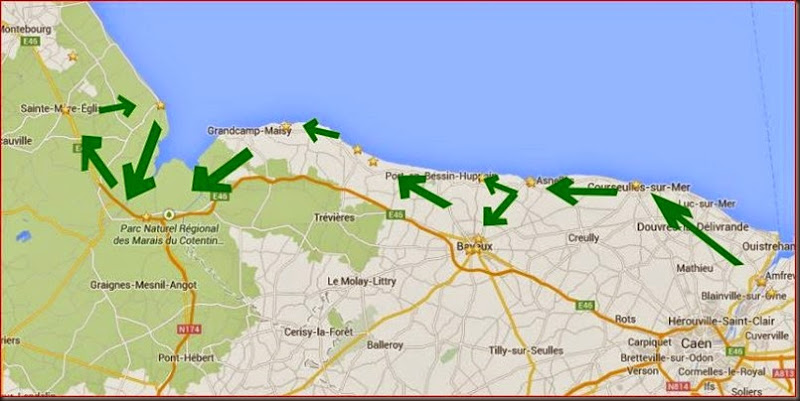 Also calling in at Bayeux to visit the Bayeux Tapestry.

The Juno beach centre at Courseulles-sur-Mer

The town's main claim to fame is that it played a significant part in the World War II Normandy landings because this village stood right in the middle of route N13, which the Germans would have most likely used on any significant counterattack on the troops landing on Utah and Omaha Beaches. In the early morning of 6 June 1944 mixed units of the U.S. 82nd Airborne and U.S. 101st Airborne Divisions occupied the town in Operation Boston, giving it the claim to be one of the first towns liberated in the invasion. 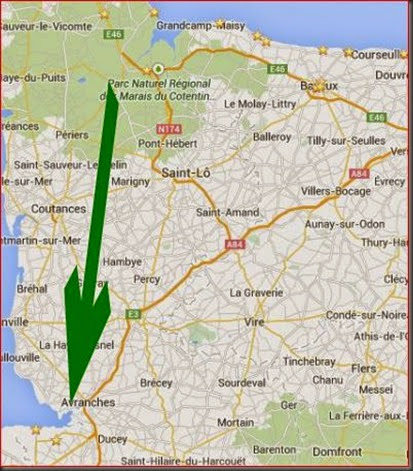 Then we divert from our WW2 history and head down to Mont St Michel, which we only quickly stopped at on our last trip to Brittany last year. 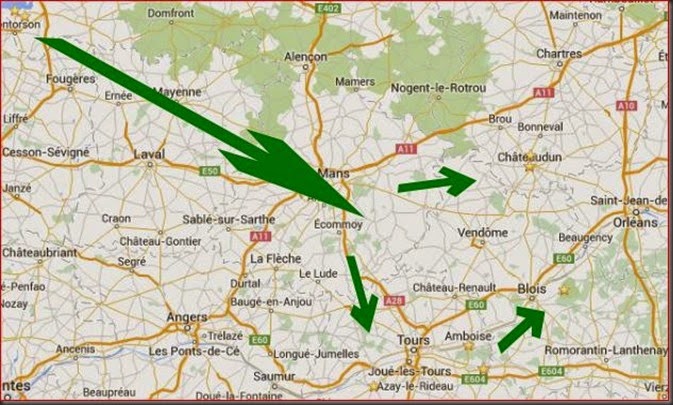 From Mont Saint-Michel we then head for some Chateaux visits. This depends on what time we have in hand and to which ones we visit. 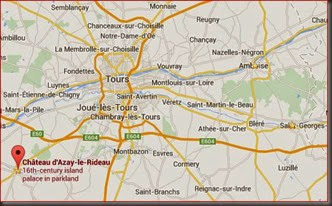 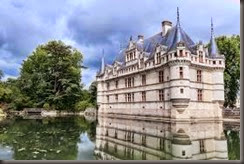 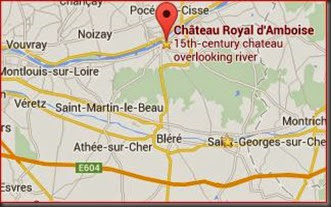 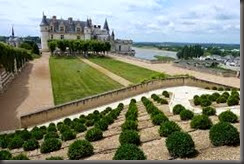 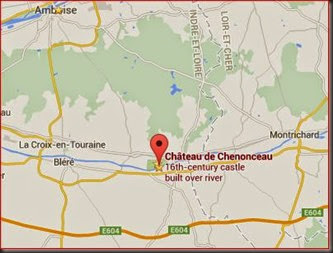 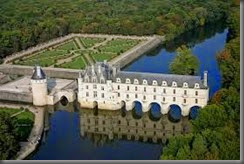 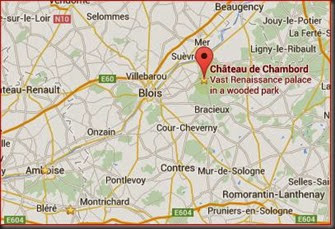 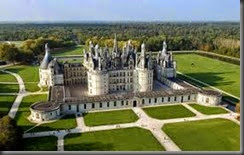 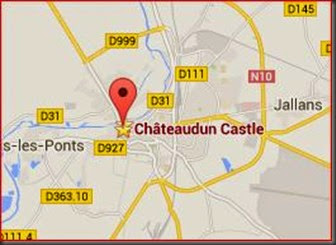 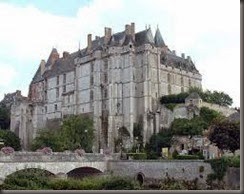 Then we need to push on to Ypres. 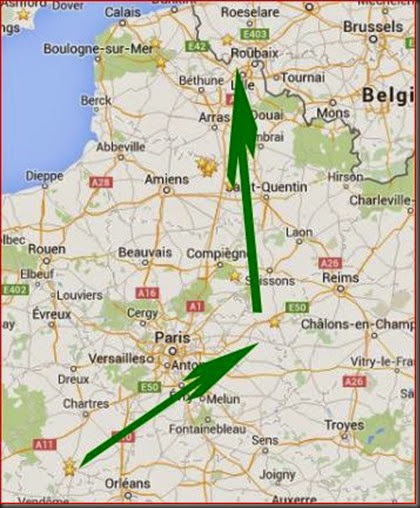 But en-route we may call in at Château-Thierry.

We are booked in at Camping Jeugdstadion in Ypres so we can re -visit  the Menin Gate. Again if time we will also visit some of the WW1 sites we saw when here last year or ones we didn’t get to. 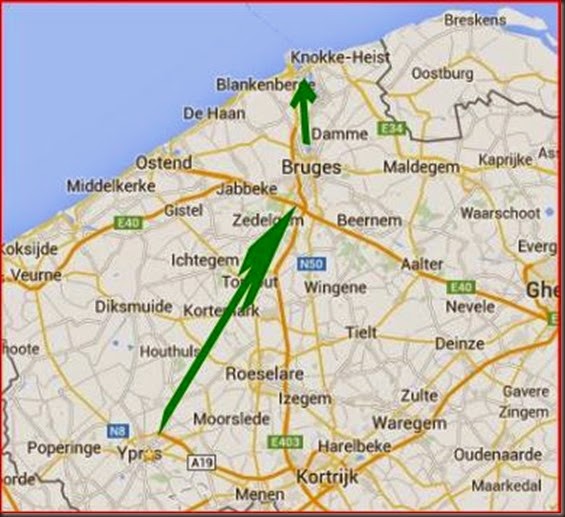 Then we head to Bruges for possibly one night again depending on time.  We fancy another look round this fantastic city.

Then we head back to Blighty. Via our landing ship waiting for us at Zeebrugge.