We set off bright and early on Monday the 15th of December.  First stop put some fuel in. Oh dear for some reason while filling, the pump didn't recognise that the tank was now full and instead of cutting off spurted diesel out of the neck, how it didn't cover me I don't know but my hands and keys had a not so lovely coating of diesel!  After cleaning up we set off.  Taking the A1 all the way up then heading around Edinburgh on the east side via Leith and the West Granton Road. Last time we went in via the west side.  Traffic was heavier but nothing too bad.

We arrived about 1pm  to a very warm welcome from the wardens at the Caravan Club site at Edinburgh.  Half the site was closed and while there we saw about 15 pitches in use. This was all going to change next week as they said they were nearly full for Christmas and New Year. 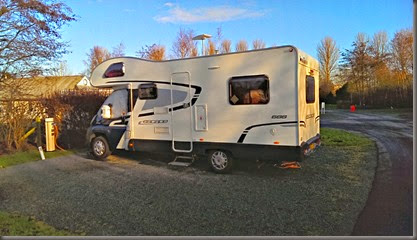 Weather wise we had been lucky.  Cold but bright and breezy on the way up compared to the previous days when it had been raining and very windy.  In fact we only had bad weather on one day and during the nights. 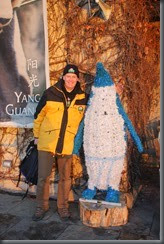 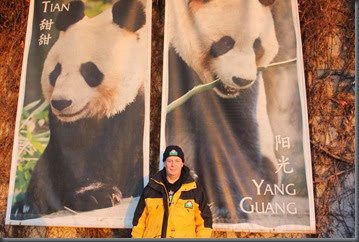 We booked a taxi to take us to the Zoo for 9am opening.  We didn’t fancy getting up early and bus hopping so took the easy option.

We arrived at the zoo. We were lucky again with the weather, very cold but dry. We found it a great time to go as the animals had  just had breakfast.  Plus it was very quiet so ideal for quietly  observing. We had booked a slot for the Panda viewing but as it was so quiet they said we could just keep calling back to see the Pandas in their indoor enclosures . Some of the animals had been moved so they could update various enclosures. 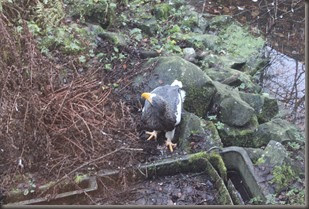 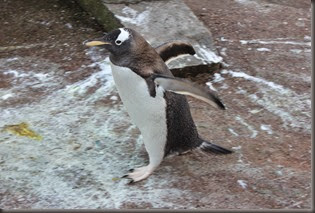 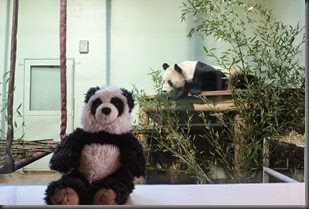 No they haven't had a baby, its Peter one of our Pandas. 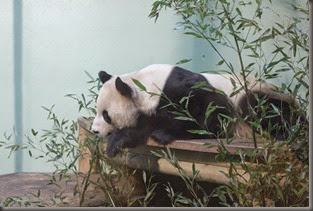 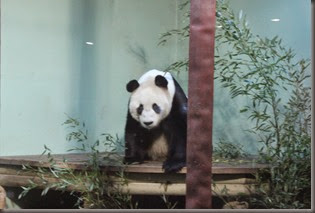 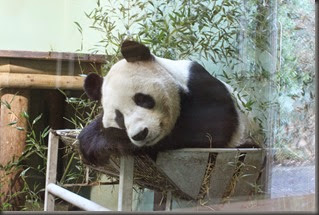 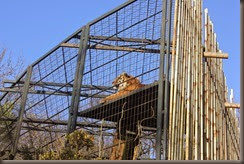 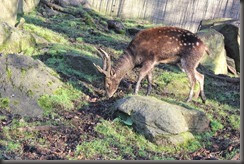 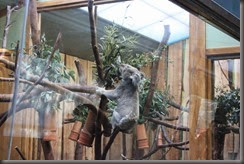 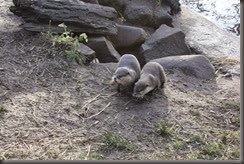 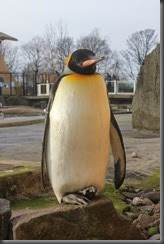 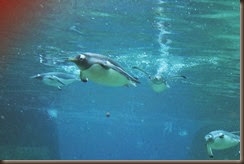 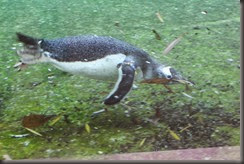 We had lunch in the cafeteria  which was very tasty and reasonably priced.

We stayed till about 3pm then decided to catch the bus in to the city.  The Christmas Market looked fabulous – all lit up at dusk. It was really well laid out and not too busy so you could actually get to look at all the stalls. There were plenty of food and drink stalls also and the air was full of tempting aromas of mulled wine and Bratwurst. There were rides and ice skating if you needed a break from shopping. 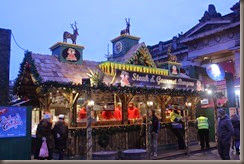 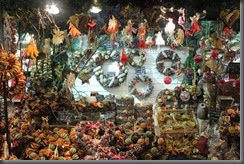 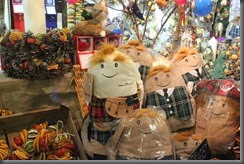 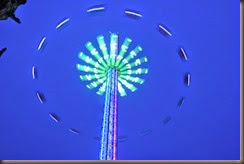 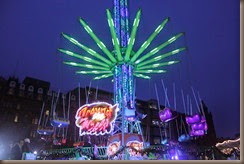 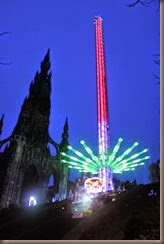 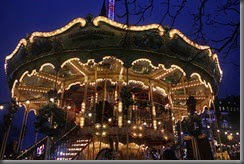 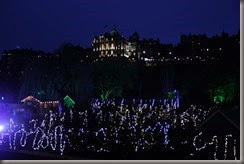 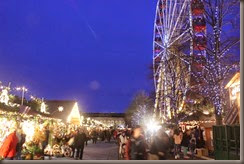 We headed back in to the city but to be honest we were fairly tired and aching from all the walking yesterday.  Not only is the zoo hilly but so is Edinburgh.  We set off to catch the bus but when we got to the campsite reception the minibus (luxurious people carrier) was there. So rather than walk to the bus stop we got on and booked for picking up at 5pm. The minibus dropped us at the bottom end of Queen street and also picks up from there.

We looked around the Xmas market again and then headed up towards the shops on the Royal Mile. We didn’t go round the castle as we have visited before. Also by now the muscles where complaining and it was only midday.  We decided to head back in to the city to get some lunch then head back to Monty for a rest. 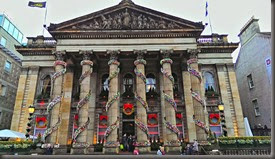 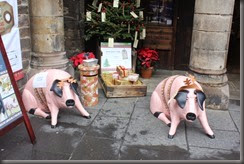 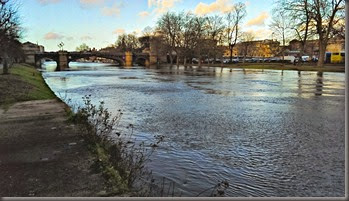 Early start as we were leaving Edinburgh and heading back down to York  and stopping a few nights at the Rowntree caravan club site.  For our return journey  we reversed our route and had a non eventful trip except for the first 10 minutes when no water was coming through to clear the wind screen.  10 minutes later I realised  I was pushing the info button on the stick and not the washer button. OMG!!

After turning off the A1 and on to the A59 we noticed that the rivers were high and joked that I should have rung and checked the site was still open with it being right next to the river.

On arrival we noticed the river Ouse was indeed very high, in fact the highest we have seen it.  Again a very friendly welcome at reception who were all in Christmas spirit. One of the wardens carried out his chores dressed in a Father Christmas suit! We had to leave a mobile number as the site was on flood warning till midnight in case of need to evacuate! Thankfully this never happened.  We popped in to to York and another Christmas market was set up, but on a lot smaller scale to the Edinburgh market.  We noticed how busy York was compared to Edinburgh and put it down to the fact that because Edinburgh is so big it seems quieter.

That night we decided on our favourite choice of meal while at York, an Indian takeaway from Lal Quila on Bishopthorpe Road. Located out the back gate of the club site. 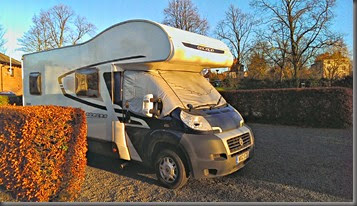 We walked back in to York to look around for any last minute gift ideas.  As we came back to the site we admired the many lights, trees and decorations that some of the caravans and motorhomes had brought for their Christmas stay.

Leaving day to return home and get ready for the Christmas festivities.