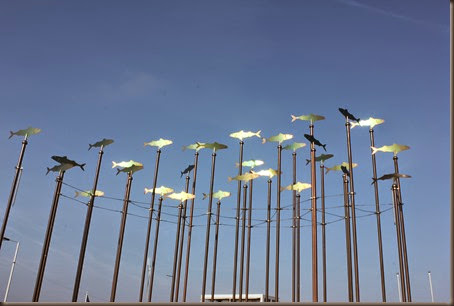 We awoke to blue, sunny skies which was fantastic as the promised Indian Summer hadn’t reached us at home and we had spent the last few days waking up to fog that refused to shift throughout the day. Here it was hot, hot, hot! Time to dig out sun cream, hats and sunglasses again – Hooray! We breakfasted then set off for a walk.Lots of units were departing making room for the 98 that were expected to arrive today. We crossed the sand dunes and the road and walked along the esplanade towards the pier. 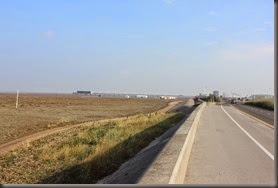 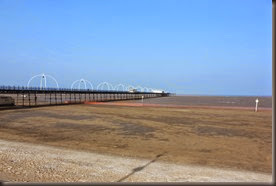 Although it was quiet, preparations were in evidence ready for the air show. Barricades and security were closing roads and only letting vehicles through that were setting up. Fast food vans were in a row on the beach and a large area of the beach was barricaded off. in the distance it looked as if a tractor was preparing a landing strip on the beach. 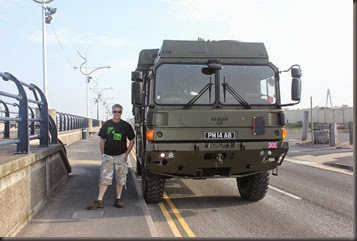 There is a Pleasure Land with some rides for children and Ocean Plaza which is a shopping centre with restaurants, fast food and a cinema nearby. We headed up the stairs from the Esplanade. The pier was closed in preparation for the Air show (tickets to view from there are £60 a head) but we could still walk the opposite way towards town. It appears that usually there is a tram that runs back and forth along here. 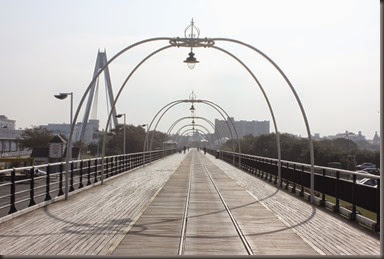 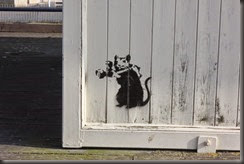 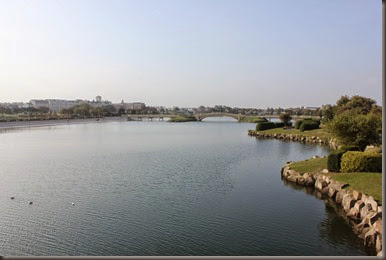 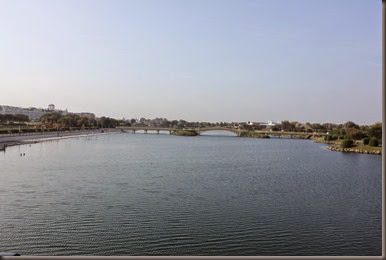 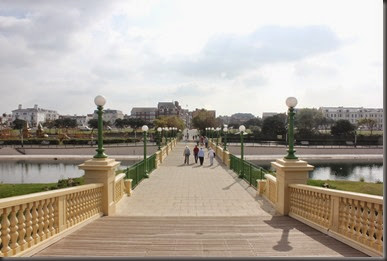 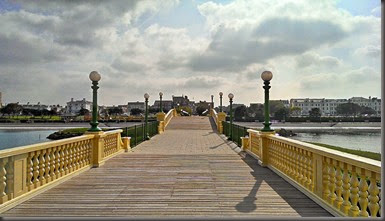 This is a nice area with a couple of cafes, a large children’s play area and a boating lake with swan paddle boats alongside real swans and ducks. Heading into town there are amusements, gift shops and typical seaside shops and then the main shops seem to be down a long straight road. The weather was too nice to be wasted looking at the shops so we did a quick food shop and then headed back to the site. A queue had formed along the road of caravans and campers waiting to check in at 12 o’clock.

Taking advantage of the good weather, out came the Cadac and we used the Skottle to make a delicious chicken and noodle stir fry. Whilst we were eating we could hear an airplane practising manoeuvres along the beach. We got chatting to a couple who are regular visitors to the area and the show and they directed us to a board in the dunes with information on Southport beach airfield history. The dunes that we were standing in had previously been an airstrip! In 1910 aviator Claude Grahame-White arrived unexpectedly at Southport, landing his biplane on the beach. This led to an airstrip being made and by 1919 pleasure and scheduled flights flew from a sand strip near the Birkdale Palace Hotel. In the 30’s there was also a flying school. In the 70’s the  airstrip was moved seaward to allow the building of the coastal road but mud patches plagued subsequent pleasure flight operators until in 2001 the Civil Aviation Authority declassified it.

The couple also told us that the crater in the sand dunes that had a small puddle in, was usually a large pond full of local wildlife and newts. Obviously the weather here had been good all summer. Fingers crossed it lasts for a few more days for the show as we were told that last year’s poor weather had resulted in Sunday being cancelled.

At about 4.30 we could hear a helicopter so we climbed onto the sand dune and watched 2 helicopters practising. They were amazing! If this was just a taster then tomorrow was going to be fabulous. 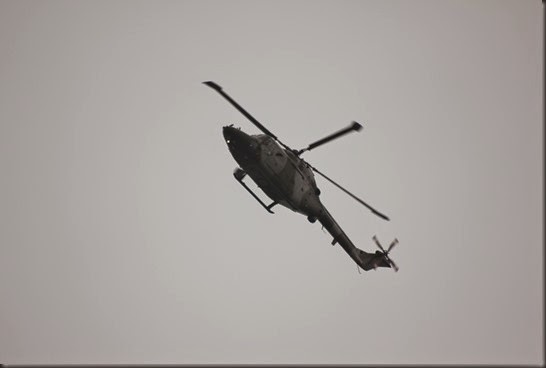 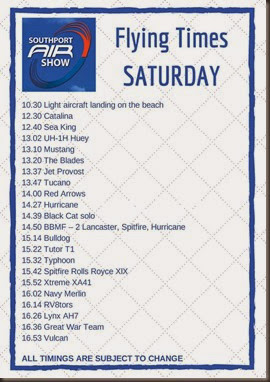 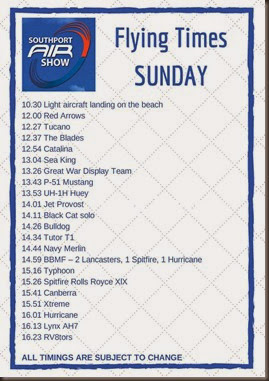 Thursday 18th September – off to Southport

With our wedding anniversary approaching and having half empty nest feelings (one daughter headed off to university) we were really looking forward to our Southport Airshow weekend. We had decided to make it a long weekend so having finished work early, we set off in Monty at 2.30. After a 2 hour drive on the A59 we arrived. First impressions driving through were very favourable. Lots of shops and eating places to choose from. We were staying at the Caravan Club Southport Site and were warmly welcomed by friendly wardens. There were only 3 pitches left to choose from which made life easier. Are we the only ones that find choosing a pitch difficult when given too many to choose from? We sometimes drive round twice to decide! If the weather is poor we site closer to the toilet block so it’s only a short dash in the rain. If the weather is sunny we find ourselves wondering which pitch is the best to catch the evening sun… Anyway pitch easily chosen, we quickly set up. It is quite a large site 190 + pitches. As with all Caravan Club sites the facilities are modern and clean with 2 toilet blocks. There are lots of cute rabbits here. The site is situated on the Esplanade. You cross the road, climb through the sand dunes and then you can see the sea although the tide is very far out. It was really warm and sunny so we sat out for a while, had tea, watched a film and then had a good nights sleep. 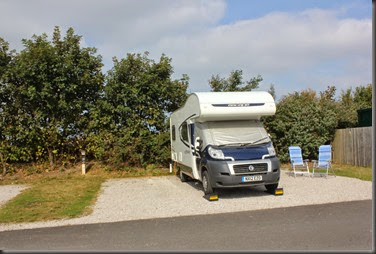 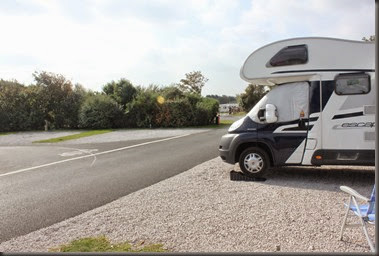